Call of the Wild Movie Book

Call of the Wild Movie Book - Take your children to see the movie and get them a copy of the wonderful book, written by Jack London, published in 1903. I believe the old saying, "the book is better than the movie," is still true today. Yes, the cinematography is wonderful, and the special effects in the movie are great! Yet, the old saying rings true. This story of a man and his beloved sled dog, Buck, during the 1890's gold rush has been made into a movie multiple times over the years.

But there is only one original story, and it is still available today. In fact, Jack London published a collection of wonderful stories, including The Call of the Wild story. Would it surprise you to know that Jack London, at one time, was the highest paid and most popular of all living writers? 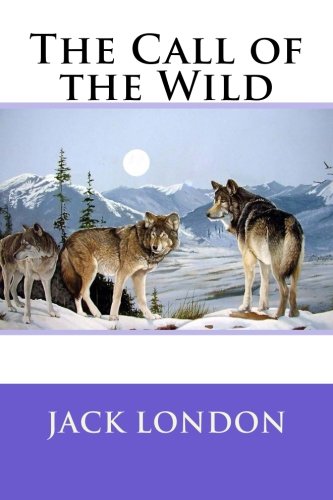 The Call of the Wild Book Movie

If your kids have seen the movie, and even if they have not, this story of John Thornton and Buck is the story written by "the" Jack London. Published in 1903, this historical fiction book about a man and his dog, is a story written while the 1890's Gold Rush was actually very recent history. And if you're wondering about Buck's breed, he is a St. Bernard/Scotch Shepherd mix.

Jack London also wrote the story about another dog, White Fang. Both Call of the Wild and White Fang are available in a book collection. Click here to Get a Copy of the book, or click the ad below.

The Call of the Wild - About the Author - Jack London

Jack London was an American novelist, journalist, social-activist and short-story writer whose works deal with man's struggles for survival. Would it surprise you to know that Jack London At his peak, he was the highest paid and the most popular of all living writers. Because of early financial difficulties, he was largely self educated past grammar school.

London drew heavily on his life experiences in his writing. He spent time in the Klondike during the Gold Rush and at various times was an oyster pirate, a seaman, a sealer, and a hobo. His first work was published in 1898. From there he went on to write such American classics as Call of the Wild, Sea Wolf, and White Fang.