Murder Mystery Provoked To Kill is a suspenseful, captivating novel. Life's good for a mom and her adopted teen daughter. That is, until people start dying.

I would so love to call this murder mystery Provoked To Kill a cozy mystery, but this story has just enough of an edge to bump it up to a mature audience level. Well…that is, if you consider mature to include two fleeting mentions of teenagers caught in a horizontal clinch. And then there is a couple of grizzly acts and discoveries of dead bodies. Yeah, okay. I’m going to classify it as a full-on murder mystery novel. That being said, I can definitely see older teens enjoying this entertaining story, as well as most all murder-mystery fans.

But, there is a bit of a cozy story going on here too. Murder mystery Provoked to Kill is a story of a family: a mother and daughter, and an aunt and an uncle. There is also a past romance willing us to hope for love to bloom. 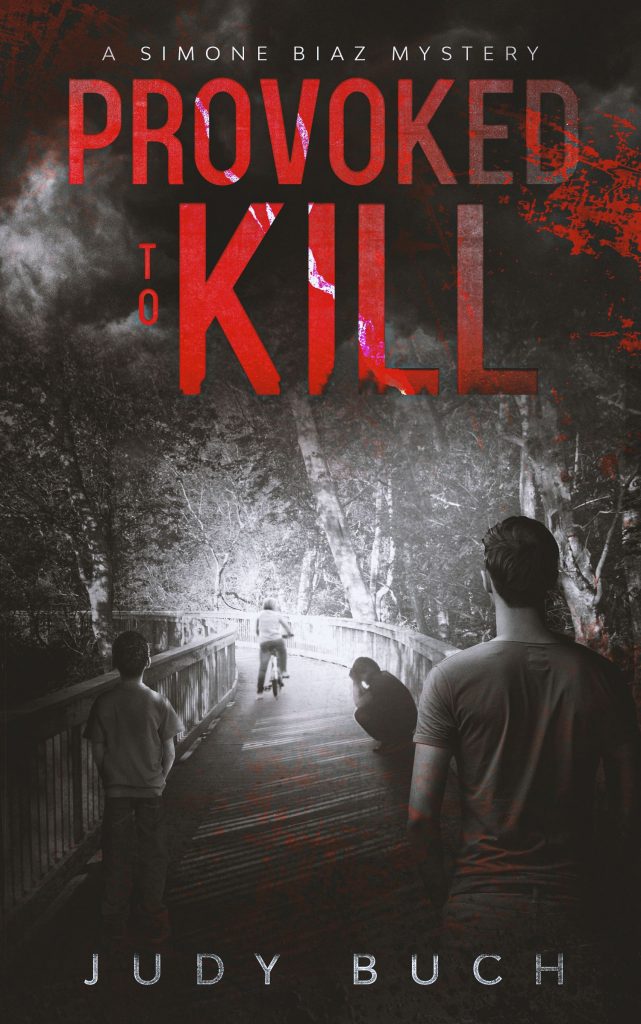 I have not read the previous book in this series. However, I can assure readers that enough background information is provided. The story in Provoked to Kill fills in the blanks for new readers of the series. Thus, this story stands just fine on its own.

Simone, is a ventriloquist. She can wow audiences of all ages with her clever and surprising voice-throwing skills. Simone can expertly use her voice to make inanimate objects talk. Simone likes to combine her amateur sleuthing skills, along with her ventriloquist expertise and her professional speaking skills, to perplex and throw the bad guys off their game. 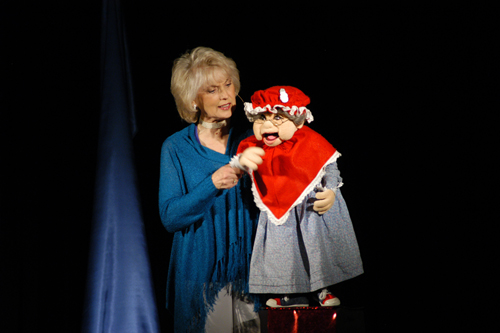 In this latest book in the series, we learn thirty-year-old Simone adopted has recently adopted fifteen-year-old Pepper. Now, Simone and Pepper have traveled from their home in Nutmeg, Connecticut to Greenville, South Carolina. Simone’s agent scheduled several professional speaking engagements for her, as well as one performance event in Greenville.

Simone and Pepper have arrived in South Carolina to stay with Aunt Elsie and Uncle Walter. One morning Simone and Pepper rent bicycles to take a ride around town. However, their ride is cut short when the chain on Pepper’s bicycle comes off. While Simone pulls out her cell phone to call the bicycle rental, she and Pepper notice the dead body, of what appears to be a homeless man, down in the gulley just below them. Simone wastes no time, we can almost see her don an imaginary sleuthing cap, as she quickly begins to gather clues to answer the questions as to how the man died. Did he fall accidentally? Was it a suicide? Or, was it...murder? And...hmm, what are those scratch marks?

Provoked to Kill is an enjoyable read on many levels. We have Simone, a heroine who rescued a young teen from a life in the mean streets of the city. Simone’s patience with, and understanding of Pepper are to be admired. It takes a special person with a generous amount of emotional stamina to balance sincere love along with the necessity for gentle supervision.

Simone and Pepper, while only in Greenville temporarily, manage to make some new friends and some bad enemies as well. The mother and daughter also decide to help out at the local homeless shelter. When they arrive at the shelter they, and other volunteers, are given some on-the-spot training on how the food is distributed/served to the homeless folks.

The situation begins to heat up as Simone’s personal investigation bounces up against the police investigation of the dead homeless man. But there is doubt as to whether the police would have kept the investigation open had it not been for Simone with her skill and tenacity. And that was a very good thing because...more victims are about to be discovered.

Simone remains cognizant to the fact that she has taken the challenging role of mother to the street-smart fifteen year old, Pepper. And although, Pepper continues to make missteps in her process of growing up, she also surprises us with her admiration and love for Simone. The love Simone and Pepper have for each other comes shining through.

I thoroughly enjoyed reading Provoked to Kill. I found it to be an engrossing page-turner. I also found the blossoming “mother-daughter” relationship between Simone and Pepper to be quite up-lifting. I can’t wait to see what Pepper and Simone have in store for us next!