Maurice Benard Book - Nothing General About It How Love (And Lithium) Saved Me On And Off General Hospital) Shocking tell-all instant New York Times Bestseller.

In his emotional account of this life, Maurice Benard, offers intelligent insight into the struggles that come with mental illness. In this poignant memoir, Nothing General About It How Love (And Lithium) Saved Me On And Off General Hospital, Maurice brings not just honesty, but the cold hard facts about living with bi-polar disorder. And to his credit, Maurice also provides useful, if not, critical mental illness facts and contact information for those who may be struggling.

Maurice Benard is the wildly popular daytime television star of General Hospital. He plays the character of Sonny Corinthos, who suffers from manic-depression. Mr. Benard has also starred, and appeared in several movies. The character of Sonny Corinthos, suffers from manic-depression. However, in an ironic true-life twist of fate, Maurice has lived his life battling bi-polar disorder.

Maurice and his family were frightened when a stranger believed she was Maurice’s wife and the mother of his children. When it was determined that the person was mentally ill, Maurice was understanding. Without question, this would be a disturbing situation for Maurice and his family with which to contend. But he understood the woman was suffering from mental illness and needed professional help.

Click Here to Get: Nothing General About It Book 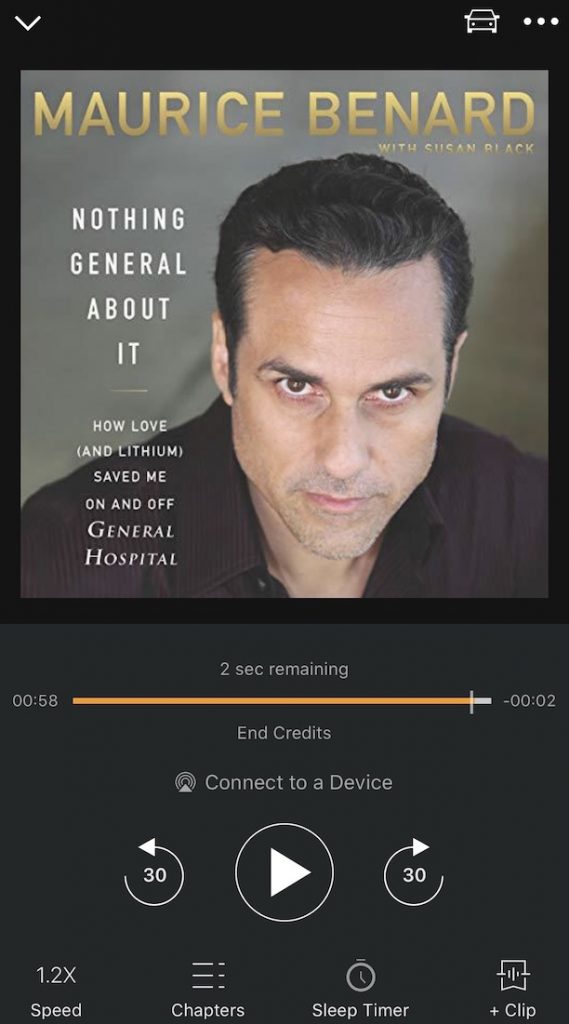 Nothing General About It - Audio Version

Understanding mental illness can be difficult at best. Not all families are able to close ranks and come together to help their afflicted loved one. Living with mental illness can be a daily struggle. Maurice provides readers with a personal account of how his mother and father took steps to get him help.

Maurice was able to move forward. He did so armed with a diagnosis and with prescribed medication. But, like many other mental illnesses, this is not the end of the story. Maurice soon learned awareness and taking the proper medication does not guarantee a blissful life. Maurice enjoys boxing. So, it’s not surprising that while his bi-polar impulses may have led to a few mis-steps here and there, Maurice has always fought hard to make a comeback.

For sure, Maurice and his family are a success story when it comes to living with a family member with bi-polar. Yet, I am sure they had to gather all their strength and understanding to make their way through the labyrinth of mental illness. We must remember and understand that being mentally ill is just that…an illness. And as we know, with many types of illnesses, when one member of the family is ill, the whole family may become ill as well. Knowing this is true, it is a testament to Maurice and his family how, with love, deliberateness, and hope, did not just stumble into, but did successfully create a way to stay together.

Maurice Benard's real-life story told in such a casual manner, feels like a love letter to his family, friends, fans, co-workers and, most especially, to anyone who is suffering emotional pain and is need of assistance.

I actually listened to the Audible audio version of: Nothing General About It How Love (And Lithium) Saved Me On And Off General Hospital). I know that many of Maurice Benard’s fans will understandably covet the hardcover book.

I suggest you may also want to consider the audio version as well.Listening to Maurice tell his story in his own relaxed voice is amazing! You will feel as though he is speaking to the listener as a friend. All of his emotions are there.

Maurice recounts his reactions to heart-wrenching life events, including the deaths of loved ones and friends. However, Maurice also cheerfully shares some funny and entertaining stories of his life. And he even shares a few stories about his portrayal of Sonny Corinthos on General Hospital. As you listen, you will hear the tone of his emotional and heart-felt feelings.