Deep Fried Revenge is a murder mystery in book in the Farm-to-Fork Mystery series written by Lynn Cahoon. Deep Fried Revenge was a really fun read for me. This is the first book I have read in this series and the story stood just fine on its own.

The murder mystery in Deep Fried Revenge takes place during at the State Fair in Boise. The main characters, are entered in a restaurant contest. Unfortunately, the chefs entered in the contest are dying (literally) to win this cooking competition. 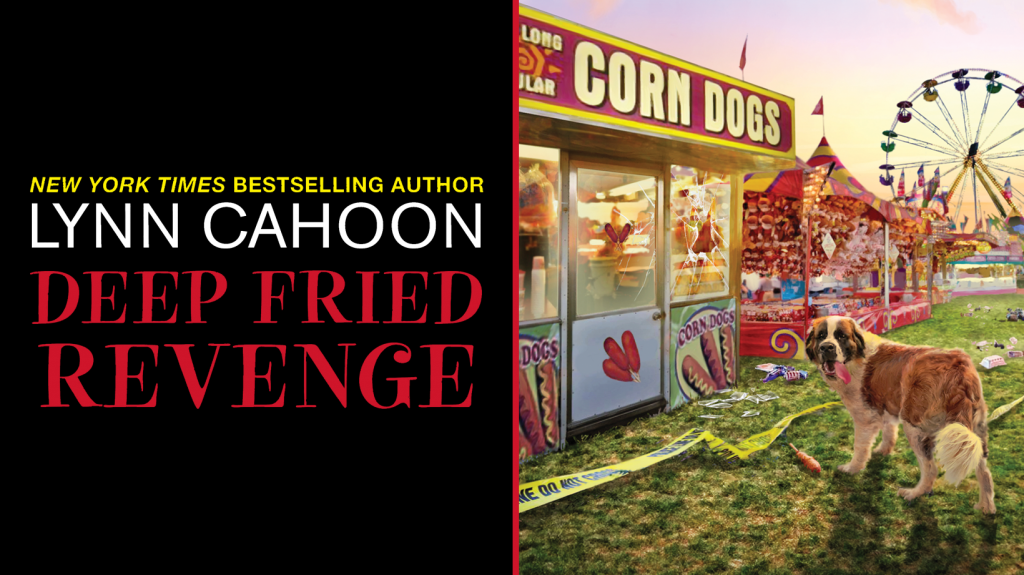 This mystery tale is interesting and fun. I found the characters to be well-developed and engaging. Particularly, I enjoyed how solving the murder mystery was intertwined into the State Fair cooking competition story. Deep Fried Revenge presents a murder mystery revenge recipe with a good mix of captivating characters, a cupful of charming folks, a dash of runaway, and a sprinkle of romance.

Angie Turner is all prepped to face Boise’s culinary best when she enters her restaurant, The County Seat, into a big State Fair challenge. Instead, she gets dunked into a new murder investigation after a killer starts scrapping her competition . . .

The Idaho State Fair is in full swing and chefs are lining up to enter Boise’s Best Restaurant contest, including Angie and her County Seat crew. They might be the hometown favorite, but the competition is steeper than a funhouse floor. And when a top contender is felled following a heated confrontation over a corn dog recipe, winning suddenly becomes a matter of life or death. With a foul foodie on the prowl, it’s up to Angie to dig into the case and put a murderer on ice.
Fiction, Murder Mystery
Laura Jay
No comments