The Murderer’s Son is a police procedural, murder mystery thriller crime novel. A brutal serial killer is on a killing spree in a Fensland town of England.

Let me preface my review with the fact that this is my first ever reading of a police procedural crime story, which is not my particular cup of tea. But, the psychological thriller storyline is intriguing, so I decided to “cowgirl up” and read it.

The Murderer’s Son, begins with a twenty-year flashback: a local farmer and his wife were brutally stabbed and killed. The crazed killing of the farmer and his wife was ultimately attributed to, the now deceased French woman, Francois Thayer. Fast-forward to present day: town local, Allison Fleet, is found dead in the kitchen of her home. Allison was the victim of a bloody/brutal stabbing attack. Soon after, a young man, Daniel Kinder, walks into police headquarters and confesses that he is the killer of Allison Fleet. 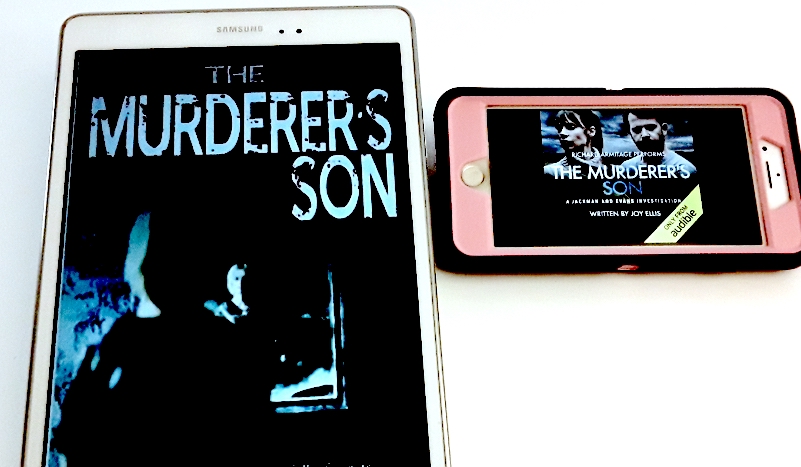 Although he has no proof, Daniel thinks he is adopted. Daniel is obsessed by his belief that his biological mother was the infamous, Francois Thayer. He claims to suffer from intermittent memory losses. Daniel also states that he has no memory of his childhood before the age of five. Nevertheless, there is no proof to support Daniel’s claim. Although they’d rather not, Detective Sergeant Marie Evans and Detective Inspector Rowan Jackman must release Daniel from police custody. Ah, but soon another woman is found dead. Her killing was yet another brutal and bloody stabbing attack. Jackman and Evans, along with their police department staff, now realize they are up against a vicious serial killer. And where is Daniel? He has all but disappeared.

Author, Joy Ellis, has deftly created characters who are well developed, interesting, complicated and, most importantly, authentic. In addition to Orac, the enigmatic and highly skilled computer specialist with silvery eyes, there’s also an interesting back-story involving Kevin, a rookie police officer. Kevin is the gay (still in the closet) son of the local preacher. Kevin’s story, involving blackmail and the safety of his young niece, is pretty darn good enough to warrant its own book. So, there you have it. I was hooked. I found myself ensconced in this taut crime story and its “beat-the-clock” drive to identify and catch the real serial killer.

As a murder mystery thriller crime novel, The Murderer’s Son, presents multiple suspects, and you may or may not guess who the killer(s) is before the end of the book.  Joy Ellis expertly provides plenty of twists and turns to keep you guessing and second-guessing yourself. Either way, you won’t be completely sure until Ellis reveals all near the end of the story.

I particularly liked that most of the loose ends were neatly tied up by the end of the book. Remember I said I would have to "cowgirl up" to read this book? Well, was I ever wrong! I was quickly riveted to this exciting page turner. I never thought I would like a police procedural crime novel.

Major props to Joy Ellis, because I enjoyed The Murderers’ Son all the way to its satisfying end. I’m so glad I ventured out of my comfort zone. Had I not, I would have missed this awesome book. And, if you are partial to audiobooks, Richard Armitage did a really nice job on his narration of the audiobook version of the Murderer's Son.