The Other Gloria Psychological Thriller novel – Outstanding,  surreal and frighteningly realistic story. Gloria is covered in blood and driving a car.

In the first chapter of The Other Gloria, Gloria, is driving a car, careening down a dark highway blinded by oncoming headlights. In her confused state, Gloria sees that she is covered in blood, yet she cannot find any cuts or wounds. With a pounding pain in her head, she pulls the car over and seems to be hyperventilating. Gloria soon realizes that she has experienced another memory lapse. 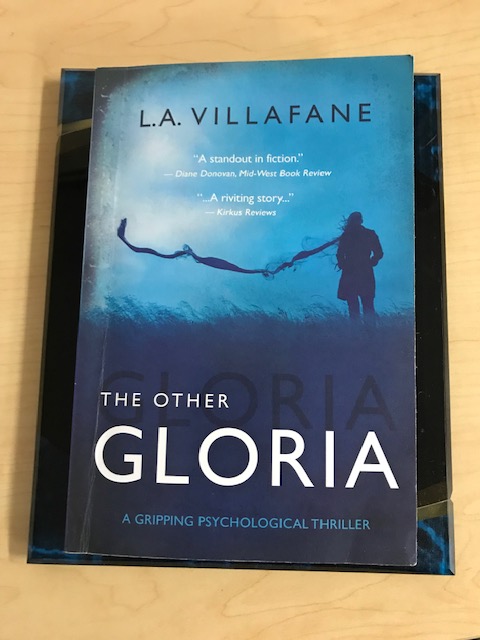 Gloria, a mother of two sweet daughters, has suffered through degrading instances of disgusting verbal, psychological and physical abuse at the hands of her husband, Charles. Personally, I believe there are no words to describe highly abusive people. I believe that most of them have suffered some form of abuse in their lives which manifests itself in violent behavior. Unfortunately, it’s just this type of belief that may cause some partners/spouses to be overly sympathetic and understanding of abusers in their lives. I’m not suggesting that abusers don’t deserve some understanding and sympathy. However, it is when the abused begin to make excuses for the abuser, because they love them and want to help them, that they become trapped in the situation. And that is when they, the family members and even others, may find themselves squarely in the line of danger.

If you are familiar with the cycle of abuse, then you know that even when the abuser becomes contrite, it won’t be long until the next abusive cycle begins. And in many situations the abuse escalates and becomes more dangerous, more injurious and even fatal. In The Other Gloria, the abuse follows just as I have described. Regrettably, Gloria has been through so many of Charles’ abusive cycles, that her inner mind has stepped in for self-protection. The author, L.A. Villifane, has skillfully depicted the cause (in this case) as well as the presentation of dissociative disorder along with its symptomatic behaviors.

Due to her dissociative mental disorder, Gloria is experiencing a disconnection and lack of continuity between thoughts, memories, surroundings, actions and identity.  She escapes reality in ways that are involuntary, unhealthy and cause problems with functioning in everyday life. And yet, Gloria is managing to raise two children and is a loving and caring mother. But she soon begins to realize that she has no memories of certain time periods of her life. And that is where the Other Gloria begins.

I left out all the particulars of Gloria’s two darling daughters, her mom and dad, and Rick, a new man who came into her life. And when exactly did Rick come into Gloria’s life? Oh now, you will have to read the book to find out.

The Other Gloria was an unputdownable read for me. I was impressed with the authenticity of the writing. And I highly recommend The Other Gloria to readers who enjoy realistic psychological thrillers. You will find that the chapters of The Other Gloria refer to different timelines and not necessarily in order. If I felt a bit confused, I just flipped back to the first page of the chapter to check the timeline again. And if it still seemed a little confusing, I just went with it and it all worked out in the end.