Things You Save In A Fire – Book Review

Things You Save In A Fire Book Review

Things You Save In A Fire Book Review. In this "good for the soul" story, fans of How To Walk Away will fall in love with female firefighter, Cassie Hanwell. Cassie is an intelligent and capable young woman following her dream to be successful at what she loves. And what Cassie loves is firefighting. At fire station eleven in Austin, Texas, Cassie can pretty much do everything the men firefighters can do…and sometimes even better. 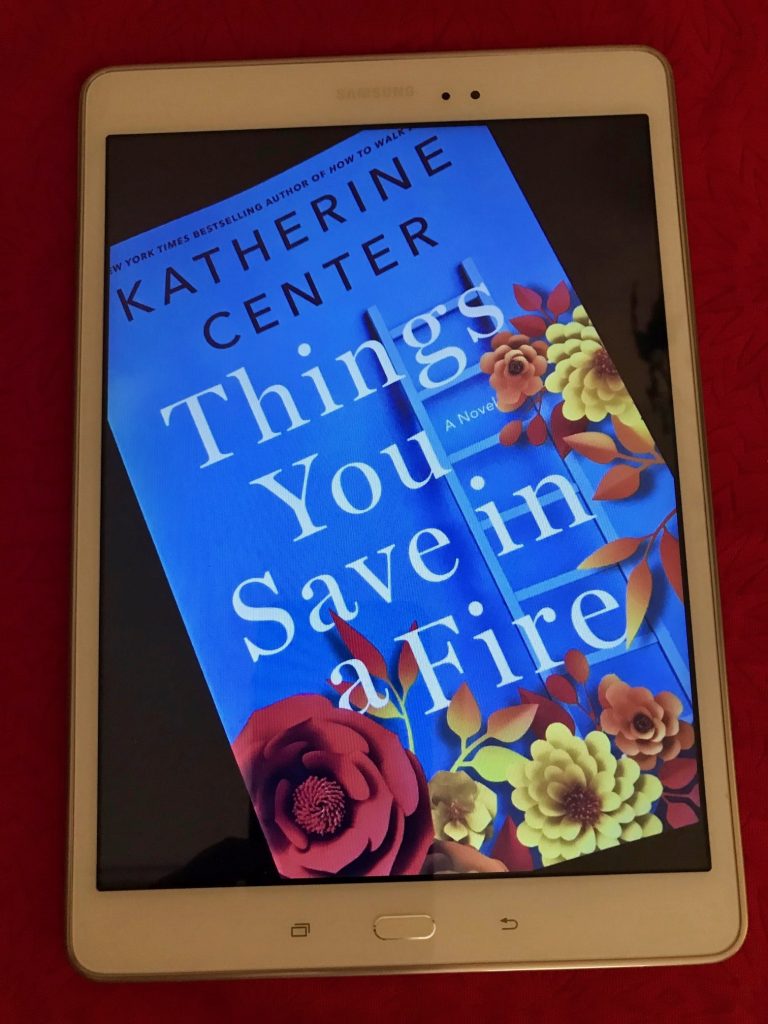 Things You Save In A Fire

While twenty-six year old, Cassie is tough, strong and determined, she is also carrying a couple of gigantic emotional scars. Her mother, Diana, left Cassie and her dad on the evening of Cassie’s sixteenth birthday. In addition, it soon becomes clear, Cassie is suffering the memory of an unspeakable occurrence in her past, the nature of which we have yet to learn. Everyone deals with adversity in their own way. Cassie’s coping mechanism seems to be the development of a stoic and tough exterior.  She doesn’t believe in love. And when it comes to her mother, Cassie has no forgiveness in her heart.

With Captain Harris, an African-American female, in charge at the progressive Austin fire station, the amount of flack that Cassie might be subjected to from male counterparts, is virtually non-existent. However, that might change as Cassie is faced with moving to Massachusetts, to help out her ailing mother.  As fate would have it, Cassie lands a job with an all-male fire station in Lillian, Massachusetts. To make matters even worse, Cassie learns the Lillian fire station doesn’t want a female firefighter. They are only taking her on  because they are desperate. Warned by Captain Harris, back in Austin, Cassie has a good idea of what she can expect from the Lillian fire station male crew.

When Cassie arrives for her first day at the Lillian fire station, she is welcomed with anything but open arms. She quickly realizes she will need to heed the tough advice of Captain Harris. That advice, in a nutshell, is don’t dress or act like a woman, and whatever a man can do, make sure to do it better. Cassie recognized that she was now a part of a fire station where she would be ignored, excluded and resented; and that no amount of hard work on her part would matter. The first thing Cassie learns on her first day on the new job is that being fifteen minutes early, means you’re half an hour late. The second thing she discovers is, Captain Murphy, of the Lillian fire station, proclaims meetings by announcing: “Attention, please. There’s a stripper at the kitchen table.”

As Cassie settles into her new job, she does her best to fit in. She is a pro and an outstanding firefighter. When faced with obstacles, Cassie creates methods and techniques to accomplish the tasks as well as, if not better and faster than the men. Ah, but Cassie is not the only new firefighter in Lillian. A rookie firefighter started work the same day as Cassie. Everyone calls him "The Rookie" and not by his actual name, Owen. Cassie and the "firefighter calendar handsome" rookie are pranked and hazed by the fire station crew, as that is typical treatment for newbies. Cassie and the rookie end up spending lots of time together as she is also charged with bringing the rookie along by training him on various life-saving/firefighting tasks.

Cassie, Diana, Owen, the firefighters, and the other characters in Things You Save In a Fire, bring us a touching story with equal measures of humor, sadness, malice, hurt, bravery, cowardice, love, and hate. I truly enjoyed reading Things You Save In A Fire. Katherine Center has a natural talent for creating a moving story sprinkled with all the necessary emotional ingredients needed to serve up a soul-nourishing platter of acceptance, forgiveness, love, and-dare I say, happiness.