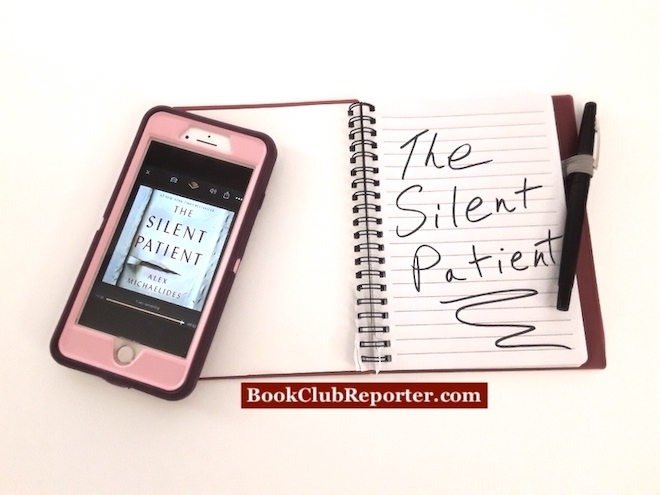 Fiction, Psychological Thriller, Suspense
Alex Michaelides, psychological thriller, the silent patient book discussion
I am a participant in the Amazon Services LLC Associates Program, an affiliate advertising program designed to provide a means for me to earn fees by linking to Amazon.com and affiliated sites.

Alicia Berenson is a notable artist married to Gabriel, a fashion photographer. When Gabriel arrives home late, Alicia shoots him in the face five times. Gabriel is dead. From that point on, Alicia never speaks another word to anyone. Have you read The Silent Patient, a psychological thriller by Alex Michaelides? Join The Silent Patient book discussion and tell us what you think about the book.

The news story of Alicia and Gabriel explodes onto the internet, tv screens and social media. The public is mesmerized by the brutal killing seemingly without any significant provocation. The public is mystified by the vicious homicide. Along with the public attention, the going prices for Alicia’s artwork have soared. Years go by, but Alicia has still not spoken. Regardless of endless psychotherapy, Alicia remains silent at The Grove psychiatric facility in London.

Next we learn that Theo Faber, has been hired on as a psychotherapist at The Grove. They grew in a dysfunctional family situation. He learned about, and developed and interest in, psychotherapy during his own therapy sessions with psychotherapist,  Ruth. Theo is determined to become Alicia’s psychotherapist. He is driven to succeed in his mission to get Alicia to speak. Theo wants to be the one who helps Alicia to help herself. Does Theo succeed?

Have you read The Silent Patient by Alex Michaelides? What’s your take on this book? Let’s discuss the book. Post your comments in the Reader Comments section below.