The Illness Lesson is the story of two teachers, Caroline and her father Samuel, who create a school to teach girls in the same way as boys are educated. The new school seems a commendable endeavor, especially if we consider the historical time period in which this story takes place.

As the reader, I quickly identified the Illness Lesson as a book that would deal with similar issues girls and women continue to face in modern times. I am definitely on board with that. In the beginning, I felt like the story was moving along quite well. But at some point, I noticed the prose and sentence construction began to become a bit more complicated. I found myself wondering if some less advanced readers would become confused and give up on the book. 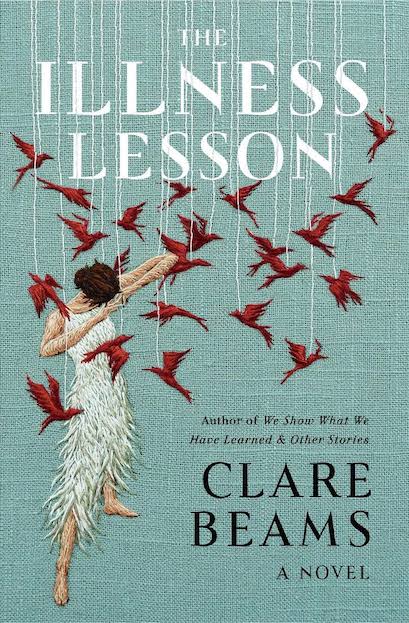 After the school opened, the schoolgirls (all aged around 14 years old or so) settled in and began attending classes. However, after a short period of time, each one of the girl's became ill. And even Caroline began having symptoms. The teachers huddled-up and discussed how and why the girls became ill. Then the story went a bit south for me as old Doc Hawkins decided the cure for the girls’ illnesses was for him to perform a special medical procedure (read “special medical procedure” here as: molestation) on all the girls.

Most folks are familiar these days with news stories about the doctor of the girl’s Olympic team who molested girls in the much the same manner as Hawkins molested the girls in this story. What was really freaky though, was Hawkins sexually molested the school girls, one by one, in the presence of Caroline, Samuel and another teacher, David and his wife, Sophia. But I kept waiting for Dr. Hawkins to turn into a likeness of Jim Carrey in the Mask, look around the room and exclaim, “Somebody Stop Me!!” Yes, I know that's not funny, but it was also less than amusing to me that no one, was able to kick Hawkins to the dirt road, rather he was permitted to proceed with his regularly scheduled pedophile plans for the girls on a daily basis. Eventually, Hawkins moved on, but not soon enough to save all those girls from being sexually abused by his sick self.

Maybe the idea here was to create outrage in the readers. It certainly did for me. But, I am personally in a position to know quite a lot about bad docs who do bad things to patients. So, Hawkins actions were just more terrible things for me to read about. But the fact that the others let him get away with it was hard to take. Sophia seemed to be the only adult who had her head screwed on straight, but instead of fighting to prevent what was happening, she packed up and left. And Caroline, a grown woman who clearly knew better, actually allowed Hawkins to molest her as well, and that was just too creepy for me. Honestly, Caroline lost me right there. She did not protect the girls and she didn’t even protect herself. But then I realized, this is just another symptom of a screwed-up society where women are considered second rate.

In today’s “Me Too” society, women are finally standing up and speaking out. And others are supporting them, rather than just sweeping it under the rug. Unfortunately, women still have a long road ahead in the fight to stop the madness of rape, molestation and all criminal sexual conduct that is perpetrated upon them. And for that, I commend the Illness Lesson. I just wish it had been a bit of an easier read. After all, the message needs to be received by as many people as possible. My concern is that the message was hidden in plain sight in the English language. But with U.S. Schools falling behind and ranking lower than ever in the world arena, I’m afraid the Illness Lesson might be over the heads of less advanced readers, who might benefit and/or gain insight into the need to understand what is happening, not only in this story, but in real life as well.

My hope is that the Illness Lesson will encourage more writers to write stories covering similar important issues. As women (and men), we want to be sure that everyone hears and understands as much as possible concerning this serious and criminal subject matter. The number of stars I gave this book is in appreciation for a story brave enough to tackle an important women’s issue. The story made me angry. Maybe it might make you angry too. I suppose we need to get angry in order to stop the madness.