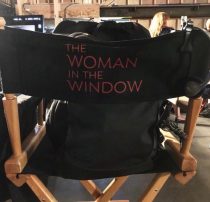 We love books to movies, TV series and films. Seeing books acted out on the big screen and in TV series adds a colorful dimension to the story. Here are 2018 movies tv series films from books.

The Woman in the Window Movie

I’m so excited to announce that the film based on the A. J. Finn thriller novel, The Woman In The Window, is set for release on May 2020. This highly anticipated film stars an impressive cast: Amy Adams, Gary Oldman, Bryan Tyree Henry and Julianne Moore. I feel sure book clubs everywhere will have The Woman In The Window on their reading list and on their calendar as a theater event as well.

The book Where’d You Go Bernadette was published in 2012. The movie version by the same title premiere in 2019.

The Expatriates, written by Janice Y. K. Lee, was originally published in 2016. Nicole Kidman plans to bring us The Expatriates as an Amazon TV series in 2019/2020. There is not an exact premiere date for The Expatriates TV series at this time. Be sure to check back for all the latest Book Buzz News.
Commissions Earned – Ads