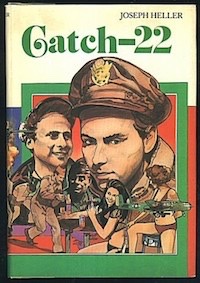 The Catch-22 TV series is based on the Joseph Heller novel, set during World War II,  was originally published in 1961. The book was subsequently released as a movie on the big screen back in 1970. If the 2019 Hulu TV series is anything like the book, we’re sure to be in for satirical, irreverent episodes dealing with war as an insane absurdity of life, tragedy and death. Catch-22 was originally published in 1961 and is also available in the 2011, 50th Anniversary edition.
Commissions Earned – Ads