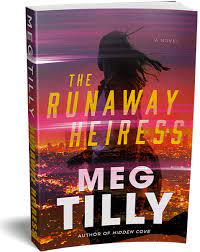 Author, Meg Tilly, brings us the story of Sarah, a woman on the run. She has been running scared for the last few years. Both of Sarah’s exceedingly wealthy parents had passed away when their car was hit by a truck. And her dangerously scary, police lieutenant husband, Kevin, has been, and still is, relentlessly on Sarah’s trail.  We can assume by Sarah’s level of fearfulness, in regards to Kevin ever catching up with her, indicates she is running for her life! 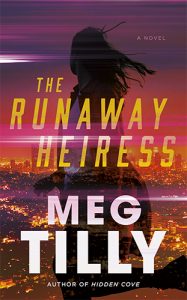 As this story begins, Sarah is once again looking for a job. Finding work is always a challenge as she has no legal identification. Sarah ends up taking a job house cleaning for Mick, a “famous Hollywood director.” Although, that three-word description of Mick may conjure up some really negative vibes, the author’s characterization of Mick, gives me the feeling Mick might be just a bit less mean-ass than he appears, and a lot readier for a change of lifestyle than we might think.  Therefore, I decided to take the high road and remember:

“I judge how much I love a book not by its cover, but rather by the joy I feel for having read it…and that is how I feel right now as I just finished reading The Runaway Heiress.”

Sarah and Mick get off to a rough start. Being unaware of Sarah’s situation, Mick comes off critical and condescending at best. Then while she is leaving the grocery store, Sarah see a local police officer checking out her parked car. Sarah ends up leaving her car behind rather than take the chance that Kevin may be hot on her trail.

This is where the Runaway Heiress begins it’s exciting fast-paced roller coaster ride as Sarah realizes she needs to high-tail it out of town…but this time she won’t be able to use her car to do it.

I thoroughly enjoyed reading The Runaway Heiress. This was one of those great stories filled with tension that makes you just want to read, read, read….until you get to the end! When I reached the end of the story, I was quite happy and satisfied with where I landed. And to the author, Meg Tilly, thanks very much for such an enjoyable read!

About the Author Meg Tilly 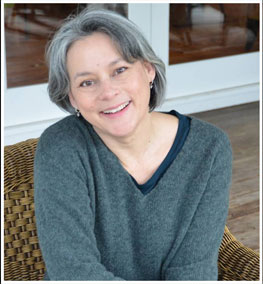 She may be best known for her acclaimed Golden Globe-winning lead performance in the movie “Agnes of God,” but Meg Tilly is taking on an exciting new persona these days, as a romance novelist.

After successfully publishing six standout young adult and literary women’s fiction novels, the Canadian American actress/author decided to write the kind of books she loves to read—romance novels. She self-published SOLACE ISLAND, a romantic suspense set in the Pacific Northwest, to rave reviews in spring 2017. However, that experience taught her she’s happiest when she’s writing and not involved in the myriad tasks of publishing. She closed out 2017 by signing with Berkley Books for three novels, including a new, improved edition of SOLACE ISLAND, which was released in  November 2018. Book 2 in Meg’s series, CLIFF’S EDGE, was published in May 2019, and the series finale, HIDDEN COVE, in October 2019.

Meg’s latest novel, THE RUNAWAY HEIRESS, is a standalone novel set in the world of Hollywood. In this spin-off of Meg’s Solace Island series, on the run from her estranged, police lieutenant husband, Sarah Rainsford assumes a new identity and lands a job as personal assistant to Hollywood golden boy director, Mick Talford. Soon their relationship becomes more than boss and employee, and Sarah and Mick join forces to keep her out of harm’s way. But danger trails them. Will their desperate efforts be enough to keep them both alive? Meg’s exciting new novel will be published July 27, 2021.