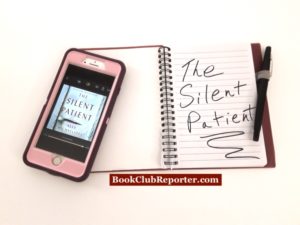 Alicia Berenson is a well-known painter married to Gabriel, a successful fashion photographer. One night when Gabriel arrives home late after a fashion shoot, Alicia shoots him in the face multiple times. From that point on, Alicia never speaks another word to anyone. News reports of the tragically violent domestic homicide grabs the public’s attention. Inquiring minds are captivated by this dark and violent mystery. Following Gabriel’s death, there is a meteoric rise in the value of Alicia’s art. But, in her silence, Alicia has been banished to a secure psychiatric facility in the north of London. Theo Faber is a psychotherapist, who’s profession is a by-product of his troubled childhood and family life. Theo is determined to become Alicia’s therapist. He believes that he will be the one to help Alicia find her voice. Driven by internal motivating forces, Theo is determined to help Alicia help herself. Does Theo discover the truth about the night Gabriel was murdered? And if he does, at what cost will it come, and to whom?
Commissions Earned – Ads