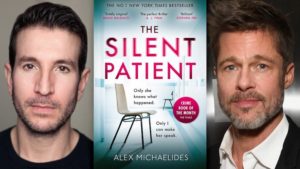 The Silent Patient Book to Movie is happening! Brad Pitt and Alex Michaelides are bringing the bestseller, psychological-thriller novel to the big screen.