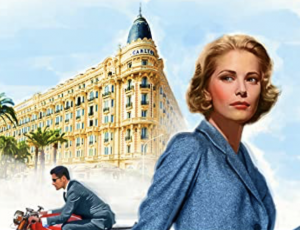 The Steal – Mystery Suspense Novel  This fast-paced story set in 1950’s New York/Cannes/Paris, could well be described as historical fiction.

Ania, the daughter of a prominent jeweler, finds herself caught up in a world-wind chase to catch the jewelry thief and recover the stolen jewelry. Ania and investigator Jerome Curtis work together to catch the thief.

What really made this an exhilarating and fun read for me is how it seemed reminiscent of the old 1960’s television series, To Catch A Thief, which was inspired by the 1955 Hitchcock directed movie. And just as those were respectively, a great movie and a fun television series, The Steal is also entertaining, fun, and a fast-moving story.

I also love that the story in The Steal also has a hint of romance to it as well. The romantic and sensual tension vibes between Ania and Jerome add a bit of spice to the story.

It seems as though the authors: M.J. Rose and C.W. Gortner, may have left an opening for a subsequent book to follow. I would definitely look forward to that possibility and to reading a second book.

Publisher Book Description of The Steal:

They say diamonds are a girl’s best friend—until they’re stolen.

Ania Throne is devoted to her jewelry company. The daughter of one of the world’s most famous jewelers, she arrives in Cannes with a stunning new collection. But a shocking theft by the notorious thief known as the Leopard throws her into upheaval—and plunges her on an unexpected hunt that challenges everything she believes.

Jerome Curtis thinks he’s seen it all, especially when it comes to crime. Until he’s hired to investigate the loss of Ania Thorne’s collection, his every skill put to the test as he chases after a mysterious master-mind responsible for some of the costliest heists in history—and finds himself in a tangled web with a woman he really shouldn’t fall in love with.

From the fabled Carlton Hotel to the elegant boulevards of Paris, Ania and Jerome must race against time to catch a thief before the thief catches them. With everything on the line, can they solve the steal or will the steal take more than diamonds from them?

Set in the late 1950s, THE STEAL is a romantic caper by bestselling authors C.W. Gortner and M.J. Rose.

New York Times Bestseller, M.J. Rose grew up in New York City mostly in the labyrinthine galleries of the Metropolitan Museum, the dark tunnels and lush gardens of Central Park and reading her mother’s favorite books before she was allowed. She believes mystery and magic are all around us but we are too often too busy to notice… books that exaggerate mystery and magic draw attention to it and remind us to look for it and revel in it.

C.W. Gortner holds an MFA in Writing with an emphasis in Renaissance Studies from the New College of California, as well as an AA from the Fashion Institute of Design and Merchandising in San Francisco.

After an eleven year-long career in fashion, during which he worked as a vintage retail buyer, freelance publicist, and fashion show coordinator, C.W. devoted the next twelve years to the public health sector. In 2012, he became a full-time writer following the international success of his novels.

In his extensive travels to research his books, he has danced a galliard at Hampton Court, learned about organic gardening at Chenoceaux, and spent a chilly night in a ruined Spanish castle. His books have garnered widespread acclaim and been translated into twenty-one languages to date, with over 400,000 copies sold. A sought-after public speaker. C.W. has given keynote addresses at writer conferences in the US and abroad. He is also a dedicated advocate for animal rights, in particular companion animal rescue to reduce shelter overcrowding.

C.W. recently completed his fourth novel for Ballantine Books, about Lucrezia Borgia; the third novel in his Tudor Spymaster series for St Martin’s Press; and a new novel about the dramatic, glamorous life of Coco Chanel, scheduled for lead title publication by William Morrow, Harper Collins, in the spring of 2015.

Half-Spanish by birth and raised in southern Spain, C.W. now lives in Northern California with his partner and two very spoiled rescue cats.